Mark Holleran (Holleran Media productions) is responsible for this great video. He is on our Board as well.

This was all from November 11th.  Feel free to write to me with your comments.  missohiokh@yahoo.com

If you cannot see this video on your mobile (I can't on my Blackberry) please come right back here to the home page of my blog.  www.theatreringleader.blogspot.com  to see it.

I value your opinions!

Everyone knows I am a Seth Godin Fan.  I also subscribe to Ken Davenport's blog.

While he is more into Broadway producing, we agree on much of the same marketing and this week he referred to Regional theatre in his blog.  See below or go to the most recent blog of Ken's.

This makes a lot of sense and is something I think our theatre will definitely entertain.

Confucius say, "Anything that can be done big, can be done small."
Ok, he didn't really say that, but it doesn't make it any less true.
Case in point.  When big Broadway shows "tryout" at regional theaters around the country before coming in, they are usually produced under what we call "Enhancement Deals".  The Broadway Producers supplement the regional theater's budget with cash, and the regional theater usually takes a royalty for future productions as well.  Honestly, I think it's quite a good deal for the regionals . . . and in recent years . . . it has become too good of a deal.  (Read this blog for my reason's why.)
However, even Confucius would agree that the theory is good.
So, back to the big/small axiom.
As you know, I'm a big advocate of Authors self-producing small productions of their work, if they can't find someone else to produce it for them.  (I'm not sure if you know, but Confucius was actually the first to say, "Just do it," before Nike stole it.)
Three of the complaints I hear the most from Authors embarking on self-production are:
While there are many workarounds for both issues (click here to read my thoughts on "Vanity Projects"), here's another one using those Confucius-like words.
If big regional theaters and big Broadway Producers are benefiting from enhancement deals, why not small non-profit theaters and small off-off Broadway Producers/Authors.  In fact, couldn't they benefit more?
There are hundreds of small non-profit theater companies in the metro NYC area.  And I'd bet you $10,000 that most of them would do almost anything for $10,000.  So if you're an Author or a budding Producer, staring at a self-production Equity Showcase budget  of approximately $35,000 . . . couldn't you approach a non-profit theater company and say, "Hey, I've got a play.  If you do it on your season, I'll give you $10,000.  And I'll even give you a piece of it going forward."
Now, that play would still have to be good enough for the NP Artistic Director to take it, and it would have to fit within their mission . . . but isn't this a win-win for both sides?
Ken says, "Cool."
Any small theater companies out there have examples of successful mini-enhancements? 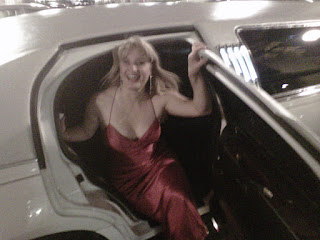 To see the videos I took from my phone, come back here to my blog page (if you are reading this on your mobile or can't open the videos on your email) .   click on this link:  www.theatreringleader.blogspot.com

The paparazzi were encouraged to post their pics.  Felix posted a great slide show that leads to his professional photography page.  Miss CT is so photogenic!

Here are my informal videos. When the promo piece is done I will post it as well .

Because you are following along with the fun, I want to personally invite you to our November 11th,  "Create our own buzz" extravaganza.   Yes, it has become an extravaganza. I even confirmed that the current Miss Connecticut is going to be a part of it. :)

We have 18 paparazzi, 5 Broadway singers,  an amazing place "Grand" in Stamford  http://www.stamfordgrand.com/, limos,  a jazz sax quartet, an accapella group from Western Ct State (part of our education outreach) .

Here are the bios and pictures for the gals:

Kate Chapman  http://www.prevention.com/health/weight-loss/success-stories/how-a-broadway-actress-lost-weight-fast/article/1d6de6a589b2f210VgnVCM10000030281eac____
Bway crédits:  Les Miz, Mary Poppins, Sweet Smell of Success, Pajama Game (with Harry Connick) Radio City Music Hall (Ms Claus)  Many tours and symphony gigs.
Jodi Stevens  http://www.jodistevens.com/  recently earned rave reviews as Hollywood film icon, Marlene Dietrich, in the Off Broadway production of Dietrich and Chevalier. During the run, she completed principal photography on the independent feature film, Pervertigo, due out in 2011. Other films include The Funeral and The Narrow Gate. On Broadway she starred in the original companies of Urban Cowboy and Jekyll & Hyde. Off Broadway favorites include, Claire Strider in Under Fire: The Musical, I Can Get it for you Wholesale, Eliot Ness in Cleveland, Body Shop, Antigone: The Musical and 27 Wagons Full of Cotton. Around the country Ms. Stevens has also starred in many regional productions, such as Heaven Help Us: A New Rat Pack Musical: Harmony: the musical, by Barry Manilow and Bruce Sussman ,Dracula, the Musical by Frank Wildhorn and Christopher Hampton, Annie: the 20th Anniversary,Twelfth Night, The 1940's Radio Hour, Me and My Girl, Fen, The imaginary Invalid, Come Back to the 5 and Dime, Jimmy Dean.
On television she has quest starred in Conviction, Sex and the City, Central Park West, Guiding Light, All My Children and As The World Turns
Diana DiMarzio   Bway: Sweeney Todd , Light in the Piazza, symphony gigs and please see her promo ßsheet
Jill Soares (NY readings, shows,  Recently performed at the Triad Theatre in "These Two: Songs of Happiness, Hope, and Heartbreak," a one-night-only concert paying tribute to the music of Georgia Stitt and Jason Robert Brown to benefit Broadway Cares/Equity Fights Aids. The concert was music directed by Benjamin Ruahula and featured broadway talent Lauren Kennedy, Tituss Burgess, Stephanie Umoh, Kristy Cates, Matt DeAngelis, Ashley Kate Adams, Emily Afton, Ryah Nixon, and Trevor McQueen.
Miss CT.  Morgan Amarone  (Facebook page)
Kristin Huffman   Bway: "Company" as Sarah. Tony award winning show.  Phantom tour in europe. Miss Ohio/runner up to Miss America.  Artistic Director of The New Paradigm Theatre.  Fund raiser for non profits around the country.  www.kristinhuffman.com 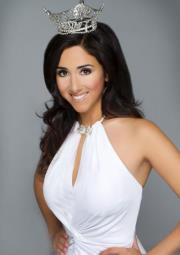 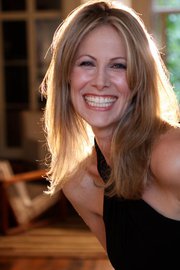 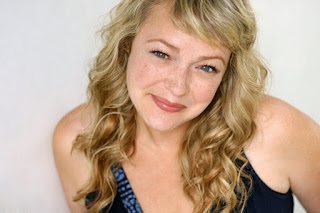 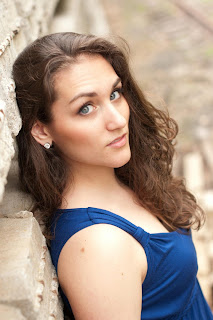 kristin3
Creator of the Powerful Image Event series. Helping Non profits and businesses work synergistically together to raise awareness and funds. Internet/social media marketing expert partnered with Microsoft. Miss Ohio/runner up Miss America, where my platform issue was bringing more attention to NPO's. Broadway/commerial actor with contacts and experience in the beauty/entertainment industry.